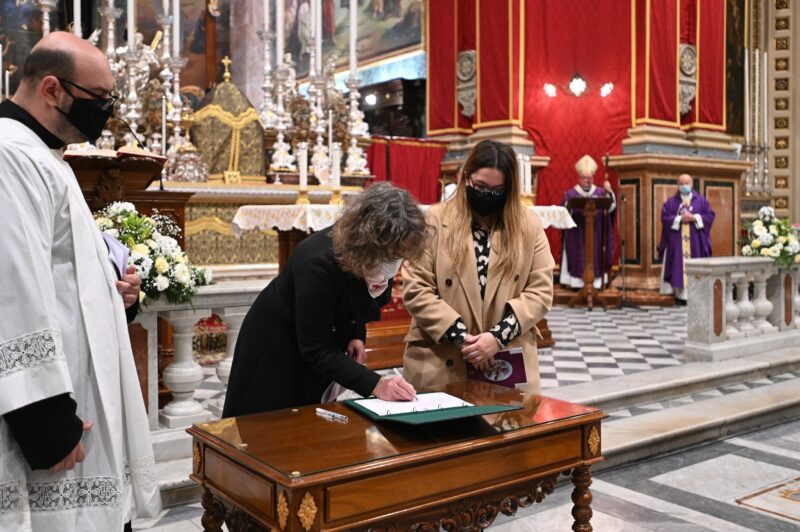 The Rite of Election, celebrated by His Grace Mgr. Charles J. Scicluna, for the catechumens who are preparing to be initiated as full members of the Catholic Church, took place on the 21st of February 2021 at the Sanctuary of Our Lady of Grace in Zabbar.

The Rite of Election closes the period of the catechumenate as it is celebrated on the First Sunday of Lent. Upon the testimony of sponsors and catechists and the catechumens’ affirmation of their intention to join the Church, the Church makes its “election” of these catechumens to receive the sacraments of Baptism, Confirmation and Holy Eucharist. In the presence of the Archbishop, they inscribe their names in the Book of the Elect as a pledge of fidelity. Now the catechumens are called “the elect” or “the illuminandi” (“those who will be enlightened”). They now begin a Period of Purification and Enlightenment — the final, intense preparation for the reception of the Sacraments of Initiation that takes place at the Easter Vigil.