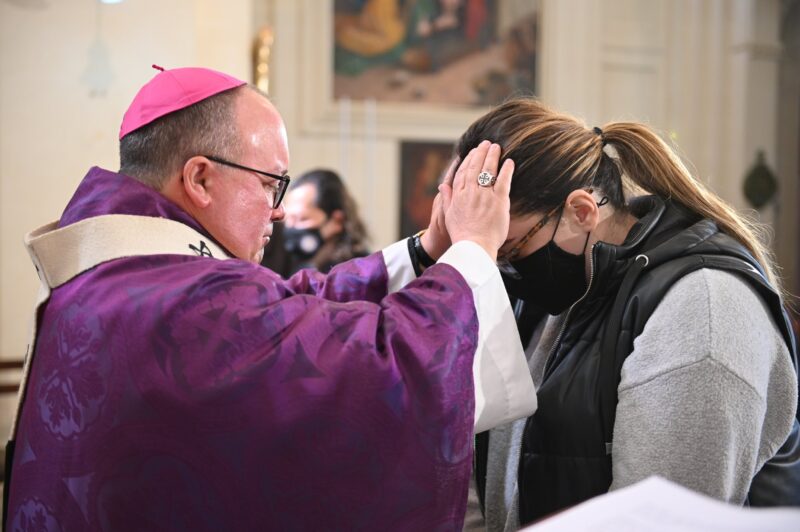 The first of the three scrutinies for the elect was celebrated by His Grace, Archbishop Charles Jude Scicluna, during the Third Sunday of Lent liturgy on March 7, 2021 that took place at Good Shepherd Church in Balzan. The elect are the adults undergoing a period of purification and enlightenment as part of their journey to receiving the sacraments of Baptism, Confirmation and Holy Eucharist and being welcomed into the Church.

The Church celebrates the scrutinies during three consecutive Sundays of Lent, from the third to the fifth Sunday. It is an ancient rite and “By this means, first of all, the elect are instructed gradually about the mystery of sin, from which the whole world and every person longs to be delivered and thus saved from its present and future consequences.  Second, their spirit is filled with Christ the Redeemer, who is the living water (gospel of the Samaritan woman in the first scrutiny), the light of the world (gospel of the man born blind in the second scrutiny), the resurrection and the life (gospel of Lazarus in the third scrutiny).  From the first to the final scrutiny the elect should progress in their perception of sin and their desire for salvation.”(Rite of Christian Initiation of Adults, 143)

The purpose of the three scrutinies is “to expose and heal all that is weak, defective, or sinful” in the hearts of the elect as well as “to reveal and fortify that which is honourable and good” in the person. In this way they are prepared to the life of holiness of the People of God.