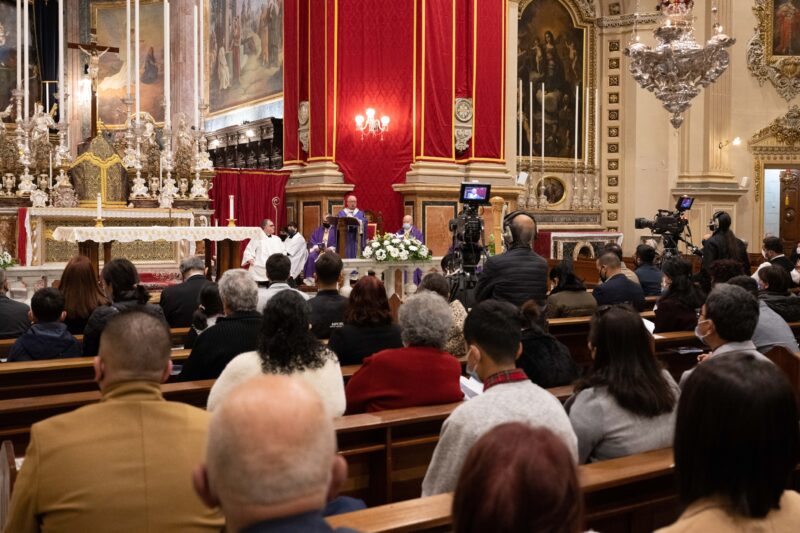 14 Adults have begun their journey to becoming full members of the Catholic Church.

These 14 adults, from diverse nationalities and backgrounds celebrated the Rite of Election, presided by His Grace Mgr. Charles Scicluna, at the Sanctuary of Our Lady of Grace in Zabbar on the first Sunday in Lent, 6 ta’ Marzu 2022.

This ceremony is called the Rite of Election because the acceptance made by the Church is founded on the election (choice) of God, in whose name the Church acts.

The Rite of Election is usually celebrated by the archbishop on the First Sunday of Lent to elect and enrol catechumens to receive the Sacrament of Initiation (Baptism, Confirmation and Communion).  During this ceremony the catechumens were called forward; the godparents offered their testimony; and the catechumens had their names written in the Book of the Elect.

During the Rite of Election, the Catechumen became a member of the Elect, and now enter the final and more intense period of preparation to receive the Sacraments of Initiation.