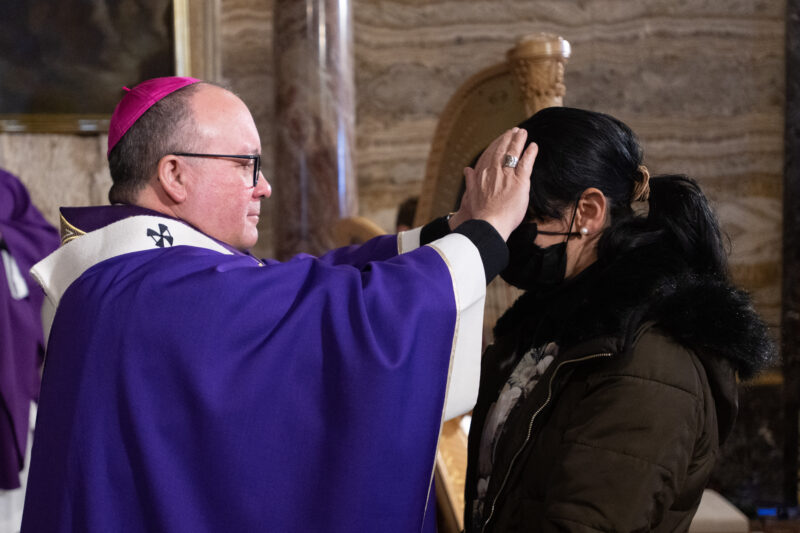 The scrutinies are a series of rites for adults who wish to be baptised.  These Rites are celebrated in the third, fourth, and fifth weeks of Lent.

The Scrutinies were celebrated by His Grace Mgr. Charles J Scicluna, Archbishop of Malta at the Sanctuary of Our Lady of Mellieha for 14 Adults who are in the final stages of their journey in becoming full members of the Catholic Church, at the Easter Vigil, where they will receive the Sacraments of Initiation (Baptism, Confirmation and Communion).

The ceremony took place immediately following the homily.  It began by the elect and their Godparents being invited forward, this was followed by silent prayer for the elect, intercessory prayer, prayer of exorcism, the laying of hands, prayers over the elect and the dismissal of the elect.

This period is seen as a time of purification and enlightenment for the elect.  The prayers of exorcism are intended to help purify the elect from sin and sinful desires.  The prayers and laying of hands are to help the elect to be enlightened by the Word and Grace of God.