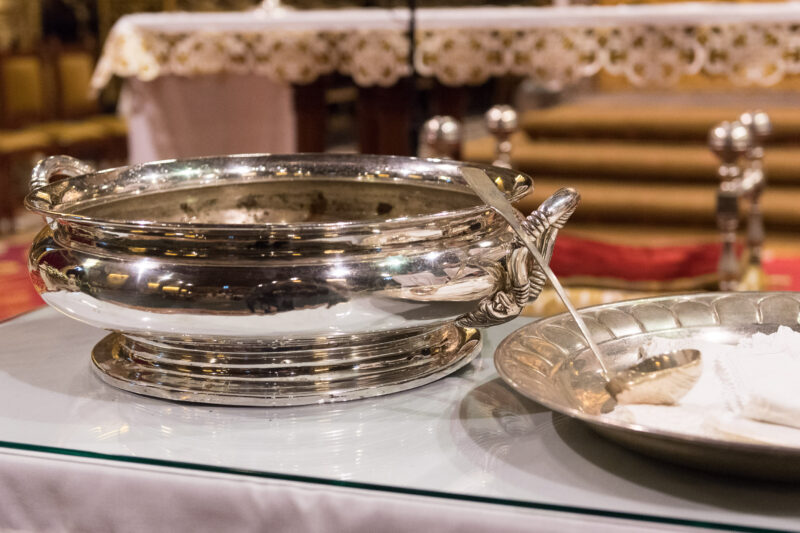 During the Easter Vigil Mass, on the 16th of April 2022, 14 Adults became members of the Catholic Church at St. John’s Co-Cathedral in Valletta.

After an intense period of catechesis and celebrating the Rite of Election and Scrutinies; number of Rites, these 14 Adults from 10 different countries, were received into the Church by His Grace, Archbishop Charles J. Scicluna who conferred on them the Sacraments of Initiation (Baptism, Confirmation and received their first Communion).

These newly Baptised Catholics, are called Neophytes, from the Greek word Neothutoi, which means, ‘newly planted’, meaning that they have been united to the mystic Body of Christ.

Now they will begin a period of Mystagogy this word comes from the Greek meaning ‘to lead through the mysteries.  Traditionally, Mystagogy continues throughout the Easter Season until the feast of Pentecost.  This is a time where new Catholics are accompanied as they discover what it means to fully participate in the sacramental mysteries of the Church.

During this period of Mystagogy, these newly Baptised Catholics are invited to reflect on their experience of conversion, learn more about the Church, and consider how they might get involved in ministry.

We congratulated and pray for them in their new life in the Catholic Church.